And some of the best examples of this come in the form of the shop shutters dotted around the city – rather than just being bland, steel structures you’ll see that several have decorated by local graffiti artists.

Of course these aren’t (generally) crass, messy examples of graffiti scrawled on by wannabe vandals looking to make their mark, but professional pieces that act as another stand-out way to promote that business.

It’s easy to find several examples if you stroll through La Ribera and the Barri Gotic on a Sunday, or early in the morning before opening time. Here’s five examples I found from a Sunday wander.

A novel look for a stylish salon…

A local bar gets the spray-can touch. 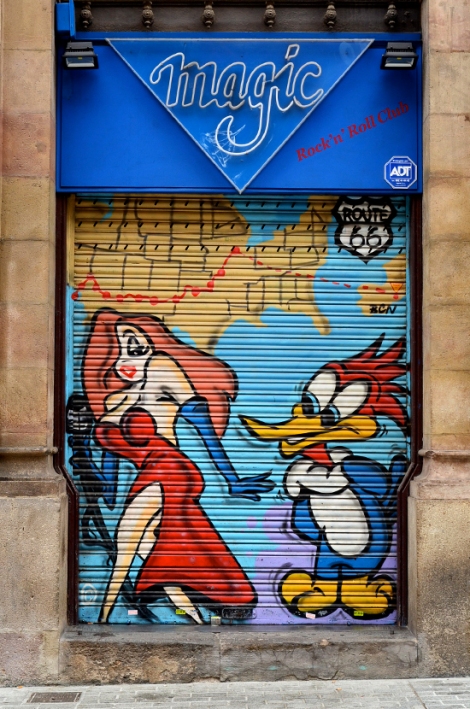 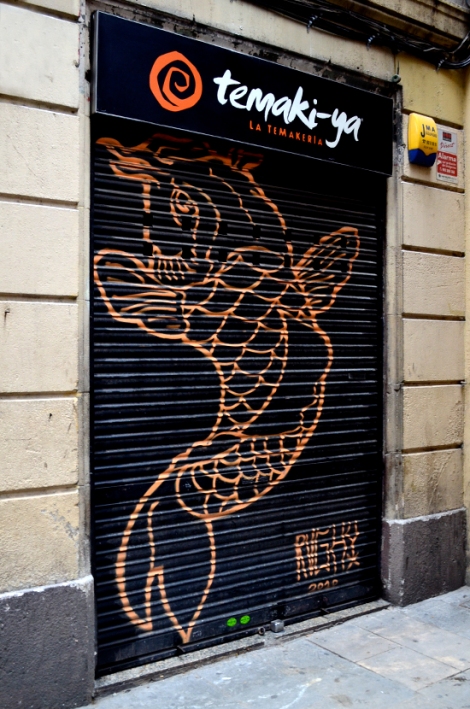 A Japanese restaurant gets a seafood themed piece. 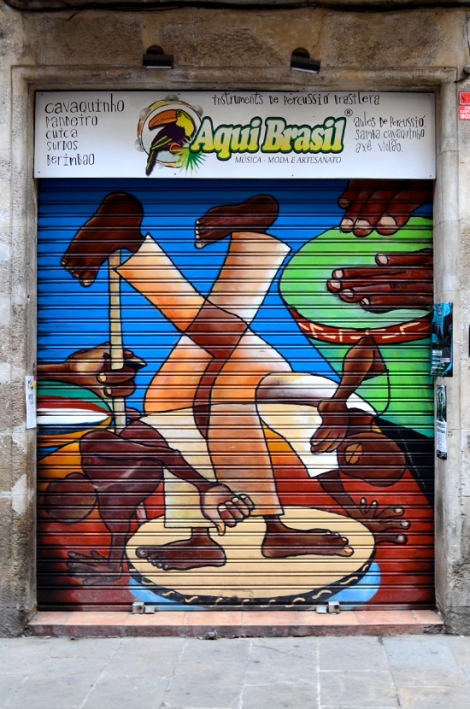 A samba flavoured piece – perfect for a Brazilian percussion boutique.

Have your say... Cancel reply

Search That Time In

All photos used on this website are copyright of Carl Forbes, unless stated otherwise. No images should be used without the photographer's written permission.

All opinions stated are my own. I have not been paid to write a positive or negative opinion of any product/service mentioned.